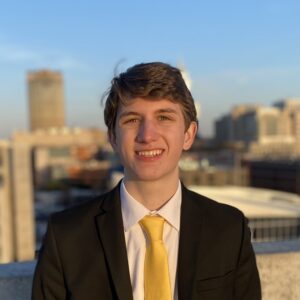 Will is a third year double majoring in political science and religious studies. He is from the Raleigh area and has been a Wolfpack fan since birth. As Executive Chief of Staff, Will assists Student Body President Heavlin and Student Body Vice President Reid in the coordination and management of the executive branch. He served as a College of Humanities and Social Sciences senator in the 100th Session of Student Government and as the Executive Assistant in the 101st Session. In addition to Student Government, Will is involved in University Ambassadors, F1RST, and Catholic Campus Ministry. He enjoys travelling and is an avid supporter of Liverpool Football Club and the Atlanta Hawks.